As children of the 50s my brother and I knew what a safe harbour meant, literally.

Growing up in a small port town, we would roam the beaches, the rocks and the wharves until the tide or the weather turned or it got dark. The chances of us getting into strife were minimal as all the while we were supervised by invisible eyes all of which knew us and our parents and grandparents. 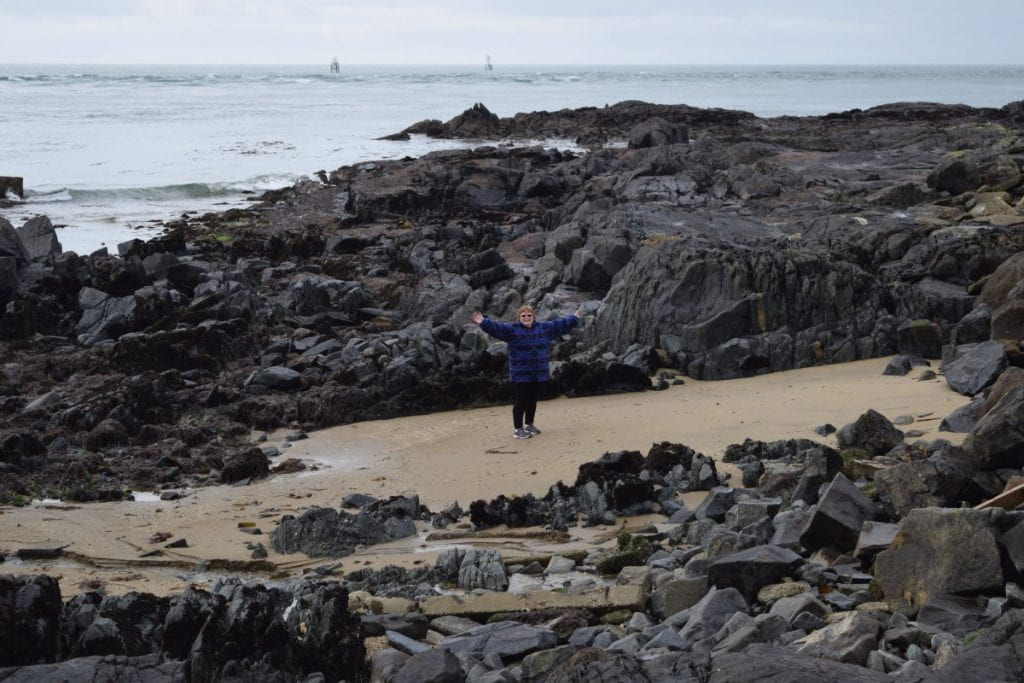 I was Queen of all I could see….

But times have moved on and not all children have that same carefree childhood.  Too many students have so many impediments in their lives that the routine of going to school is their one security, although sadly for a number it is school itself that is the impediment.

Across the globe and the generations libraries have been a safe haven for those in need, and the school library is no different,  How many stories do we hear in which the teller refers to seeking sanctuary in the library during breaks in the school day?  How many times does a teacher librarian state that the library’s role as a safe harbour is one of its key functions?

However, is it enough to offer just a safe physical environment for those seeking refuge, or is there more we can do to reach out to these students?

Many students try to be invisible at school.  If they blend into the background then perhaps the tormentors and the demons won’t find them and they can be safe for a little while.

But being invisible is not a natural part of the human condition. In a recent hospital stay, as sick as I was, I still found a natural need to be more than someone’s case study, more than the patient in Bed 2, more than another face on a pillow, or body in a bed. Even though I had something rare and life-threatening, I needed to be Barbara, a unique individual who had something to say and something to offer. So I found myself telling people that I had been a teacher for 50 years; that I lived in the peace of the bush and the noise and busyness of the city hospital was overwhelming; that my mum was a pioneer for female journalists… anything that might strike up a conversation and a relationship that took me beyond invisibility and anonymity.

And so it needs to be with those who choose the library as their safe place, because our self-esteem and self-worth are inextricably entwined with our sense of belonging, the belief that we matter to others and their perception of us (or what we believe it to be.) So, even some thing as simple as saying, “Good morning, Jemima” (where knowing and using the student’s name is critical) has a sub-text that tells Jemima that

That, in itself, might be the reason she comes to school again tomorrow.

Being the teacher librarian can be an isolated role making it tricky to form the essential relationships that are necessary for optimum learning, and often we are not included when the stories of students are shared around the conference table with teachers and counsellors.  But I maintain we should step forward and put ourselves in the stories of those who are the regulars seeking that lunchtime bolthole because we might just have the key that unlocks a whole lot of potential.

First stop is the student’s primary teacher, the one who has the pastoral care because they are most likely to know the back story and be able to give you an insight into the child’s likes, interests, and preferences.  For example, some students can’t cope with public praise but may respond to a quiet word; some may have a specific talent such as art that you could draw on for improving the library landscape; some may have a specific interest in a field that  you expand and explore together; some may be computer wizards that you can capitalise on; some may like to help the younger ones find what they are looking for; some may be craving a bit of responsibility and respect… each of us has something to offer if only someone would take the time to discover it and draw it from us.

Armed with this knowledge  and that of your own observations, consider how you can subtly include the student in the running of the library or helping others or meeting new friends. Perhaps the computer person could be responsible for ensuring the computers are back to the login screen at the end of the session; the fantasy fan could make a list of “If you liked…then try…”; the artist could revamp signs and displays; the budding archaeologist could develop a display; the music fan might develop a playlist of background music; the Minecraft expert might help up-and-comers; the OCD student might keep the shelves in order and neat – whatever might acknowledge their talents and interests and put them to positive use.  Apart from reinforcing their knowledge that you have taken the time to find out about them as an individual and taken the first steps in building a connection, often the distraction might be that day’s circuit breaker that puts a happy memory in the bank for the day.

It could even be a turning point, as it was for two lads in Year 5 who did not have the most positive reputation among staff or students until I put them in charge of a project for charity.  We were collecting  gifts for children whose families were so badly affected by drought there was little likelihood of Christmas that year. The change in the boys when they were entrusted  with some responsibility was remarkable and not only within themselves, but also in the eyes of the other students.  What had been shaping up to be a tricky Year 6 turned into being the best year for them and their peers as the goodwill was carried over.

Similarly for Ava, a student struggling with literacy and forming relationships. We talked about how she could cover an ugly, empty space with a display of her choice and her choice so excited her that her grandmother and I had many conversations about how she was driven at home to make it better and better and suddenly literacy wasn’t a problem any more.  Her teacher was astonished that somehow we had found the hook and she was off.

As teacher librarians we are not psychologists or counsellors and we should  not expect that we will solve the student’s issues.  But if we accept Glasser’s Choice Theory   that the choices we make are in response to satisfying one of the five basic needs – survival, love and belonging, power, freedom and fun – using what we have at that point in time with the information available to us, then through observation and conversation we might just make the connection that means the student will come to school tomorrow feeling better than they did today. They will know they are neither invisible or anonymous, they belong and can contribute, they have unique knowledge and skills that can help others, and there is hope that things will move forward.