Articles and professional papers about the role of the library  often suggest it should be the hub of school life.  It should be the centre cog on which all other aspects of the school turn.

But, apart from supporting the teaching and learning happening in the school through the provision of resources, services and support, what else can the library do to be that community hub? Do we have a responsibility to do more?

The American Library Association (ALA) identifies service, social responsibility and the public good as three of its core library values.

ALA recognizes its broad social responsibilities. The broad social responsibilities of the American Library Association are defined in terms of the contribution that librarianship can make in ameliorating or solving the critical problems of society; support for efforts to help inform and educate the people of the United States on these problems and to encourage them to examine the many views on and the facts regarding each problem; and the willingness of ALA to take a position on current critical issues with the relationship to libraries and library service set forth in the position statement.

Consider this article published in the New Zealand Herald  on August 18, 2012 where a principal quotes a letter by Judge Phillip B. Gilliam of Denver, Colorado, published on December 17, 1959, and addressing those now called the Baby Boomers… 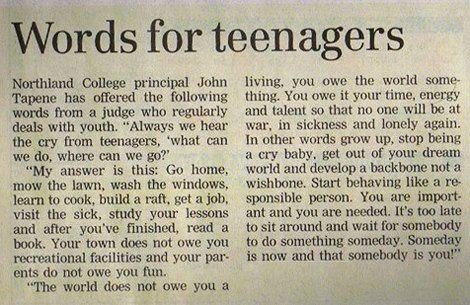 Or this more succinct meme that is currently popular on Facebook…

Today, a student who owed .20 cents brought in a can and expected my aide to forgive his fine AND give him 20 cents in change! [The library assistant]  said she couldn’t give him change because is was for a charity. He took his can back.

Regardless of the older generation’s propensity to generalise and label its upcoming generations as lazy layabouts, wiser heads know that, on the whole, our kids just want to belong and to contribute to their community.  For some this is easy, but for others not so and school is their safe harbour in life, the only place where they feel they are cared for and cared about.

School days can be very fragmented, particularly for those in secondary school where each period brings a change of teacher, subject and often, classmates.  How can there be a cohesive whole when the parts keep changing?  The library is often the most stable constant in student life and as such, has a vital role to play in the development of the student not only as an informed citizen but also a contributing one. For many students, the library is the safest of safe harbours and so often that is cited as one of its key roles within school life.

Apart from providing shelter from the outside storms, physical and metaphorical, how can the library reach out to students and empower them to fulfil those innate human needs of contribution and acknowledgement? How can we enable them to give their “time, talent and energy” that Judge Phillip B. Gilliam and society generally demand so they can experience the joy of giving, the satisfaction of recognition and the power of acknowledgement?

It can start within its own walls by enabling students to contribute to its daily running.  Even the very youngest students returning their books on time and putting them in the Returns Box are contributing to the well-being of others and if we change our language from the punitive one that focuses on fines for overdues to the positive one of how being responsible helps others, they learn that even though they may only be five years old, they are part of this bigger community called school and they have an important role within that. 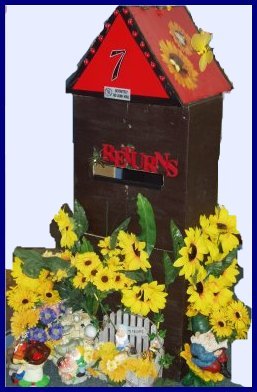 A Returns Box made from cardboard cartons was a prominent sentinel at the library door. It could not be missed.

Many schools have library monitors – a coveted, traditional role that dates back to the earliest days of school libraries.   While many libraries reserve it for their senior students – those who are often exploring lots of other options to fill their lunchtime hours and who can be unreliable- my experience is that it is younger students who take the tasks on board with relish and who not only do an excellent job but respond very positively to the responsibility they are given.  In fact, I had so many candidates for the positions that I formalised a program called  S.T.A.R.S.  (Student Teaching and Research Services) that took them from Year 3 (about 8 years old) through to Year 6 (their final year of primary school). Library Ninjas is a similar program adapted for secondary school).

Each year students submitted their applications -no one was ever rejected although there were the inevitable dropouts – and formal training sessions were held, usually as part of a lunchtime duty.  Their first task each year was to design that year’s badges so they could be easily identified by teachers and others students and after a secret ballot, a design for each level was chosen.  All students regardless of their year level started as Protostars and as they progressed through the levels they were formally acknowledged at a school assembly with a certificate (also designed by their peers) and their new badge.

It was highly successful and has been adopted and adapted in schools around the world wishing to have a more formal community service program. Apart from the community service component, such programs also develop leadership skills and a solid work ethic which can then be transferred to  broader community situations.

We also worked closely with the Special Ed teachers as well as those who had children with challenging behaviours or significant issues to look at regular tasks that needed to be done that these children could do such as the daily feeding of the fish or turning on the computers or making sure all the teddies were sitting neatly on the couches and it was amazing to watch how this shifting of responsibility to those deemed unable to accept it changed the children involved because the perceptions of their peers towards them changed.  Classes were reminded that “We could not have our beautiful , soothing aquarium if Lochie doesn’t feed the fish each day,” or “Make sure you thank Aleisha for having all the computers ready for you” ensured the other students saw these individuals in a different light and gradually school became a great place to be.

Other in-house community services can include such things as

In times of disaster the library can be a critical element for community support, not just as a meeting and information centre but also for leading recovery as even children who are not directly affected by the tragedy can be left bewildered and afraid, fearing that it will happen to them.  There is much research to show that getting children involved in the recovery process not only helps to alleviate their fears but also allows them to feel empowered and that they can do something and are doing it.

In 2003 our city was ravaged by bushfires with many children in nearby suburbs left homeless and traumatised. While their parents were necessarily focused on doing parent things, many children were adrift particularly as the fires happened during the long summer vacation so their school (if it were still standing) did not become the stabilising influence it could have been at other times.To help these children we organised a teddy drive with the aim being to not only give these children something of their own to cuddle when all had been lost, but also to show that amongst the devastation they had not been forgotten.  Over 5000 teddies from around the world found new homes in this region within six months of the fires. (As well as our own community, teddy bear drives were organised for the children of regional Victoria after the deadly Black Saturday fires in 2009 and also for the children of the Townsville region after Cyclone Yasi struck in 2011.  Even though these were some hundreds of kilometres from us local trucking firms were very generous with free transport of the boxes.  Just ask!) 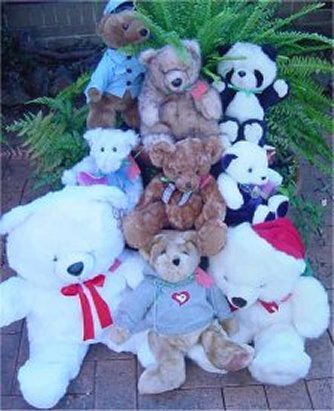 Similarly, our focus for Christmas 2002 was the children of Charleville, a town in remote Queensland that was enduring one of its worst droughts ever.  So the library became the centre of the Gifts for Charleville campaign, suggested by those in the STARS program and managed and maintained by two Year 5 lads who were not known within the school for their community spirit. At the time they were obliged to spend their lunchtimes in the library rather than the playground and when I handed them the responsibility of the safety of the gifts, their lives were literally changed.  Here was a task that they could achieve, wanted to do because it appealed to that innate need to contribute and which showed them in a new light to their peers.  They relished the fact they were being seen as responsible, reliable and trustworthy and the following year they were valued members of the school community, in the library because they wanted to be not because they had to be. 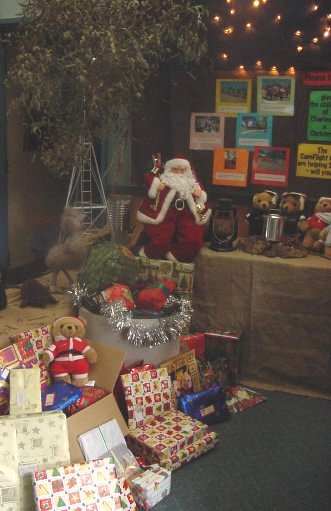 Christmas for the children of Charleville

Following the Magnitude 9 earthquake in Christchurch, New Zealand in February 2011, many Kiwi students in Australian schools were left bereft and wanting to help so a group of teacher librarians throughout Australia organised All Black Day sharing it through their teacher librarian networks to encourage schools to encourage their Kiwi students to run it.  Apart from the significant amount of funds raised, there were many anecdotes shared of how students in individual schools embraced the concept and felt they were indeed doing something positive. Even the very youngest students got involved with those from Penrith Public School, NSW led by TL Ian McLean, creating this presentation.  Scrolling through the comments, you can see the impact this had.

Reaching beyond the school walls, the library can provide a range of services that can support the needs of its community including becoming a pseudo-public library in towns where there is no other facility or opening during long vacations so students have the opportunity to renew their loans and keep reading. Primary schools can offer borrowing facilities to siblings  who are not yet school age and I know parents really appreciated our Grab Bags initiative where seven books suitable for the bedtime read-aloud were put into a bag so they could ‘grab’ a week’s worth of stories in one visit.

As a school in a brand-new suburb with few facilities, parents also appreciated having easy access to the literature and brochures from local government and community services which was supplemented by a page on the school’s website with the names of local dentists, doctors and so forth. Students were also able to find out about local groups like Scouts and sporting teams as well as advertising their own groups and clubs so even if they weren’t in the STARS program they were nevertheless involved in the community in some way. Most popular of all were the connections made with local groups that supported the units of work that were being studied in class at the time so that when students were asked to reflect on their learning and answer the question, “Where to from here?” those whose interests had been sparked could find the information quickly and easily.

Every school is in a community with a unique demographic and unique needs that can shape the community service hat so that it is a snug fit.  Experience has shown that it is very much a case of “Offer it and they will come.”  Think about the design of your hat and how you will wear it.