Actually there are many more than that because I keep thinking of more!

Time on a Line – the history of life on Earth

The Missing Link – the development of human beings

The Land Before Time – living in the Stone Age

Pictures of the Past – the art of prehistoric peoples

Frozen in Time – creatures of the Ice Age

Tools of the Trade – the magic of metal

Grave Concerns – how do we dispose of our dead?

God-kings – the pharaohs of Egypt 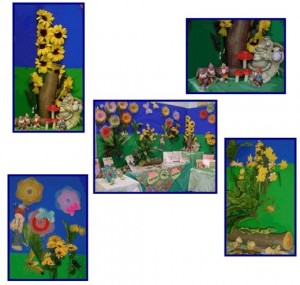 The Phoenicians – the first boat people

Homer’s Heroes – who was Odysseus

Zeus & Co – the gods of Greece

Mystery of the Orient – the history of China

Triskaidekaphobia and other superstitions

Mysteries of the Deep – shipwrecks

Treasure – what would you take to a desert island? 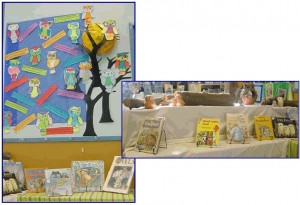 Our Place in Space

The Shapes of Things

Skeletons in the Closet 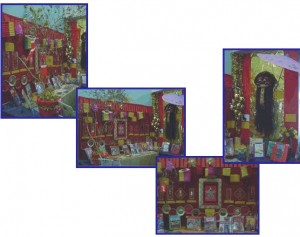 Spring into Spring – celebrating spring
Dance like no one’s watching – dance around the world
Flags of the World
Chinese New Year
Not a Drop to Drink – the world’s water
Habits and Habitats – Australia’s special creatures
Party Animals – the world’s strangest creatures
Life in a Hollow Log – what lives there
Backyard Beauties – what lives in your back yard
Landscapes and Landshapes – the planet’s geography
Reduce, Reuse, Recycle – looking after our planet
Medical Marvels – breakthroughs that changed the world
Written in the stars – astrology and other belief systems
Noah’s Ark – zoos then and now, and their inhabitants
Gone but not forgotten – endangered and extinct creatures
Rainbows End – colour and light
Creatures of the Deep – what is below the surface?
Yoyos, Pogo Sticks and Knucklebones – children’s games through the ages
Toy Story – children’s toys through the ages
Money, Money, Money – world currencies, budgeting, marketing